Geometry Dash is a series of five video games developed by Sweden-based developer Robert Topala (commonly referred to as RobTop and jokingly as RubRub), and published by his own company, RobTop Games. The main game, simply known as Geometry Dash, is a rhythm-based platforming game which currently has 21 official levels and a level creation system with more than 60 million online levels made by players. Each of the official levels feature unique background music. 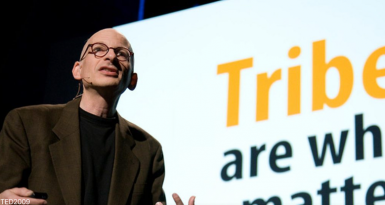 Seth Godin – The Tribes We Lead

Seth Godin argues the Internet has ended mass marketing and revived a human social unit from the distant past: tribes. Founded on shared ideas and values, tribes give ordinary people the power to lead and make big change. He urges us to do so. This talk was presented at an official TED conference, and was…

The 13 Types of Network Effects

Network effects are the strongest defensibility remaining in the digital age. There are many types of network effects, but not all are created equal. We created the NFX Map to help Founders understand the nuances and help them build more defensible companies.